Skip to content
Posted on November 9, 2015 by Hemley Gonzalez

Aid groups in Calais are struggling to sift through huge quantities of inappropriate donations sent from the UK, ranging from plus-sized clothes, which are usually too large for refugees, to wedding dresses, DVDs and electric heaters intended for use in a camp that has no electricity.

Volunteers are appealing instead for blankets, tents and warm, waterproof coats as well as building materials to help them construct more weather-proof huts to accommodate the camp’s rapidly expanding population. 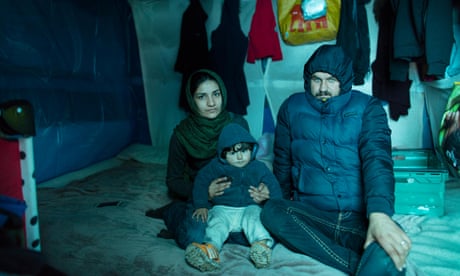 Reports of the appalling conditions in the Calais camp, where more than 6,000 people are now living in tents and shacks with limited access to water and sanitation, have triggered an enormous surge of donations from schools, faith groups and Facebook networks in the UK. On Saturday 22 vans full of donations arrived from England; on some Saturdays in October as many as 40 vans arrived.

While this support has been gratefully received by refugees, the scale of the response and the haphazard way that some donations have arrived is now creating logistical difficulties in the Calais-based warehouse as volunteers race to distribute food and strong winter shoes.

They have been forced to use valuable time extracting much-needed sleeping bags and blankets from boxes that sometimes contain flimsy clothing, high-heeled shoes, skirts and baby clothes, largely unsuitable for worsening conditions in a camp where 90% of occupants are young men.

The aid groups running the warehouse, Help Refugees and l’Auberge des Migrants, are urging people to consult online lists of the most urgently needed items before bringing anything to France. The regularly updated lists currently highlight the need for waterproof men’s walking boots (high ankle, particularly sizes 42 and 43); pre-packed bags containing sets of hats, gloves and scarves; men’s jeans and tracksuits, waist sizes 28-36 (“There aren’t a lot of fat people in the camp,” one volunteer in the warehouse said).

Because there has been limited support from major aid agencies and the French and UK governments, the response of grassroots organisations and volunteers to the crisis has had a very positive impact on conditions. Volunteers from the UK and around the world are providing clothes, tents, hot meals and English lessons, and in the past few weeks have built a play centre for children, a library and a refugee advice centre.

But as the camp grows in size, the absence of a more organised response is becoming increasingly problematic. The only major charity working in Calais, Doctors of the World, has expressed concern about the unsustainable nature of this kind of support. “In many ways it is wonderful that so many people are collecting for Calais, but Calais is a serious humanitarian emergency which needs an organised humanitarian response,” a spokesperson for the charity, which has been providing medical care to refugees in Calais since 2003, said.

“Part of the reason that so many grassroots groups have sprung up is that people have felt frustrated with the lack of government action and feel compelled to take action themselves; they are to be commended for that, because they have done this more quickly than the big charities. But this kind of response is not sustainable; it goes with the whims and the flows of the news agenda.”

“People have the best of intentions but sometimes it seems that they are using this as an opportunity to clear their cupboards of everything they don’t want,” Philli Boyle, a volunteer working at the warehouse with l’Auberge des Migrants, a Calais-based group, and Help Refugees, a UK group set up this summer to provide aid.

But François Guennoc, who has worked with l’Auberge des Migrants for the past two years, said he was impressed at the response from Britain. “Two months ago we had perhaps 10–15 volunteers, no money, nothing in our warehouse. Now we have between 40–120 volunteers every day – 90% from Britain – money is coming in from UK churches and mosques. It’s a new phenomenon. I think it is a way of saying they are not happy with the government’s refugee policy,” he said. 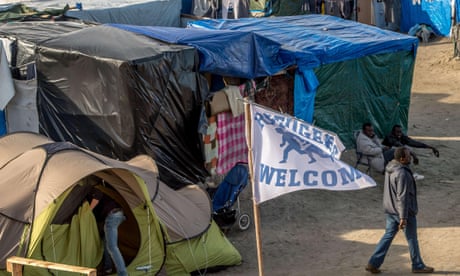 Some volunteers, like Toby Caruana, 30, from south London, have been working at the camp since August. He runs a tent and sleeping bag distribution centre from a pink caravan, helping organise bedding and sleeping arrangements for new arrivals. He said more volunteers, able to commit long stretches of time, were needed.

“The problem is that there are 5,000 people collecting stuff in England, 20 people sorting in the warehouse and 10 people like me giving things out in the camp. We need more volunteers,” he said. “The biggest need now is blankets. It’s so cold.”

With outrage mounting at the squalid conditions in the camp and the lack of government response, Doctors of the World and Secours Catholique took a lawsuit out against the local authorities last week. On Monday, a French court ordered the authorities to build new toilets, water standpipes and introduce a garbage collection system within eight days.